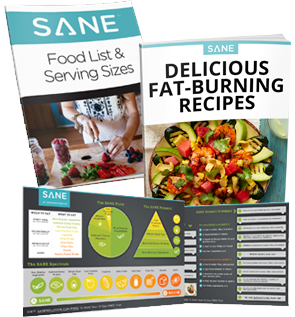 SANE Vitaae™ with Citicoline is a potent and effective compound for your brain health.

Citicoline, a form of choline, is an essential nutrient for normal brain development and a way to get choline into your brain. It comes as no surprise that our brains run just about everything in our bodies.

In order to do so, we need to give it the nutrients and support necessary for going ‘all-out’ in an optimal way.

On the flip side, if you allow a deficiency in vital brain healthy nutrients to build up, it won’t take long before a possible decline in cognitive function takes place.

How SANE Vitaae™ works with Citicoline

Choline is an extremely important brain healthy nutrient that was recognized in the late 90’s as an essential nutrient by the Institute of Medicine.

Our human bodies do not make enough choline and therefore, we require to get it from diet and/or supplementation (or shots/injections in some cases).

A lack (or deficiency) in choline has been associated with liver disease, atherosclerosis, and other health issues. SANE Vitaae™ aims to help provide Citicolien supplementation.

As with most compounds, Citicoline uses are varied, but most people use these supplements - like Vitaae™ - to improve their brain health status. Citicoline has been shown to improve cognitive function.

The beauty of Citicoline is that it increases levels of he acetylcholine neurotransmitter, which again, is vitally important for brain health. Some effects of the Vitaae™ nutraceutical include:

Here are some of the benefits: Glaucoma is a very common eye condition affecting over 3 million Americans, most of whom don’t know they have it. This condition is characterized by increased eye pressure that damages the optic nerve. Glaucoma is a leading cause of blindness if left untreated.

Thankfully, citicoline may help. In two clinical research trials, citicoline was shown to repair nerve damage in eyes, improve vision, and slow the progression of glaucoma. This is a debilitating eye condition characterized by damage to the optic nerve.

Optic neuropathy can be caused by a number of factors, including stroke, brain tumor, glaucoma, and head injuries. A clinical research study on 26 patients showed that this brain boosting supplement repaired optic nerve damage and improved vision.

Also called “lazy eye”, amblyopia is characterized by blurry vision in one eye. This is caused by a lack of proper communication between the brain and the eye.

Amazingly, it can help with this condition, too. A common treatment for amblyopia is to have the patient wear a patch over the good eye. This treatment is known to strengthen the “lazy” eye. Studies have shown that oral supplementation with it can boost the effects of this treatment in children.

What Sets Vitaae™ Apart From Other Citicoline Brain Health Supplements?

What sets Vitaae™ apart from other citicoline brain health supplements is the quality and the synergy of Cognizin® with 3 other brain health nutrients. What are these nutrients? This B-vitamin is vitally important to brain health. Yet, because many of us lack the enzyme needed to absorb folate from all conventional sources, most of us are deficient in this nutrient.

This can cause brain fog, forgetfulness, or just low mental energy that you may be experiencing right now.

This is especially important for those who suffer from the MTHFR gene mutation, as this superior form of folate bypasses the body’s normal metabolic process to deliver the more effective form of -5-Methyltetrahydrofolate. As previously mentioned, it’s so important for you to get optimal levels of citicoline because it has been clinically proven to help: improve memory and learning, improve cognitive control, reduce memory impairments, and reduce the death of brain cells.

We’ve already covered the brain health benefits of citicoline and it’s superior branded form, Cognizin®, earlier in this report. But there’s one more important point you should consider: folate and citicoline seem to work together synergistically. Studies show that folate PLUS citicoline are critical for long-term brain health.

Often called the “universal antioxidant,” CoQ10 exists in your mitochondria, the tiny energy centers in your cells.

Not only does CoQ10 destroy free radicals that cause heart disease, it sparks energy production in every cell of your body, especially the heart and the brain.

CoQ10 is one of the most potent brain-boosting nutrients in existence; however, not all forms of CoQ10s are created equally when it comes to your brain health.

You want to make sure your CoQ10 has superior bioavailability, guaranteed absorption, and importantly, 24-hour timed release for round-the-clock benefits.

Vitaae™ contains a superior, more bioavailable form of CoQ10 , the best CoQ10 choice that meets all of the above qualifications.

This dramatically increased bioavailability and 24-hour release ensures all the energy producing power of CoQ10 can get right to your cells where it provides a natural energy boost from the inside out.

And get this - just like folate and citicoline come together to synergistically improve brain health, CoQ10 works synergistically with nutrient #4, L-carnitine to supercharge the brain-boosting power of each nutrient.

Carnitine has been getting a lot of attention recently for good reason. It’s the only molecule in our cells with the ability to move fatty acids into the mitochondria where it’s used for energy.

Because of this, a low carnitine level can have serious consequences, such as heart arrhythmia and muscle degradation. But sadly, again, this is another nutrient that is chronically low in most diets.

The early stage of carnitine deficiency can also lead to hypoglycemia, or excessively low blood sugar, creating a deadly dance with pre-diabetes.

These symptoms are usually indicated by irritability, fatigue, lethargy, upset stomach, and small hand tremors. Supplementing with the right type and dose of L-carnitine has also been shown in recent studies to help you burn more fat.

In one study, overweight participants received a regular diet, either with or without the addition of L-carnitine. After 10 days, those taking L-carnitine lost significantly more fat than those that did not take this nutrient!

Vitaae™ is the only nutrient formulation to boost brain function and improve mood due to the action of patented Cognizin™ Citicoline that’s proven to support brain cellular synthesis, brain energy, and focus.

Say goodbye to brain fog, lack of focus, memory issues. Say “hello” to a clear sharp mind. Click here to learn more about Vitaae™ and to place your order before supplies run out!